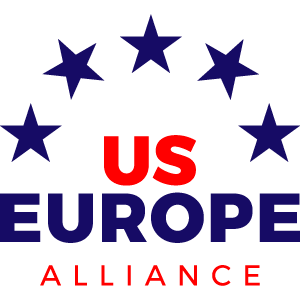 “The transatlantic economy is arguably the most integrated on Earth.” – Office of the U.S. Trade Representative

The Transatlantic Economy is the world’s wealthiest market, comprising 30% of all world trade and accounting for 50% of its GDP. The U.S. and European Union member states comprise the largest bilateral trade relationship in the world. Annual transatlantic commercial sales amount to $5.5 trillion, an amount equivalent to one-quarter of total U.S. GDP.

The transatlantic economy supports 15 million jobs. Millions of these jobs are in U.S. small-and-medium-sized businesses that together provide 38% of total U.S. exports to the EU common market. Out of the 50 United States, 44 exported more to the EU than China last year; for 30 of these States, this European economic bloc is either the first or second largest export market. Total U.S. exports to EU totaled $495 billion, of which the top five agricultural exports totaled $6.31 billion.

Outside the EU, U.S. exports are significant. In 2017, the U.S. exported $59 billion to Switzerland, $8.5 billion to Norway, and $12.7 billion to Turkey, as well as throughout countries in Eastern and Southeastern Europe. America trades with all of Europe.

The size and success of the transatlantic economy is in great part due to our shared ingenuity, entrepreneurialism, and respect for law and order. Facing uncertain times on the world stage, our peoples stand best to benefit from our continued cooperation, market integration, and enduring, values-based commitments.